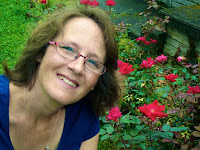 Last week, Charl revealed some of her early and not-so-great writing. This week, Sandi Rog addresses the flip-side of that post by giving us an excerpt from her recently published book, Out of the Ashes. The following post is taken (with permission) from Sandi’s blog Dare to Dream. You can find the original post and complete first chapter here.

The book opens with a note to my readers:

Had it not been for the Lord and the many thousands of people who prayed me through cancer, this book never would have been written. If you’re one of the people who prayed for me, thank you. Mere words aren’t enough to express my gratitude.

Having emerged back onto the writing scene after the two-year battle, and feeling rather beat up after the long fight, I needed something with a happy ending. Like a fairytale. Think Cinderella. That’s what this book is, something bright and cheerful. So, Out of the Ashes is a lighter read than my other books: The Master’s Wall, Yahshua’s Bridge, and even Walks Alone.

What a blessing it has been for me to have the strength to write Nathaniel and Amelia’s story. Thank you, precious readers, for walking with me as I dig my way out of the aftermath of this battle one step at a time. Or shall I say, one page at a time.

A stranger. A kiss. A shotgun wedding.

NATHANIEL WARD, wealthy entrepreneur, needs a wife. But he’s not interested in the preening, high-society women who are offered to him on a silver platter. He wants one woman, and one woman alone: the girl who gave him all the money in her reticule years ago when the Great Chicago Fire left him destitute. He sets out to find this woman and discovers she’s unattached. There’s only one problem, a shotgun wedding may be able to bind them, but will he ever be able to win her heart?

AMELIA E. TAYLOR blows a kiss to a street rat. Little did she know, years later that kiss would follow her to Green Pines, Colorado. When a handsome stranger arrives in her hometown, she guards her heart from the stirrings this man ignites. Despite society’s disapproval of spinsterhood, she is determined not to marry, having witnessed first-hand the lack of love and horrors that accompany marriage. But will a shotgun wedding reveal blessings that arise out of the ashes?

Gun smoke burned Amelia’s eyes and her ears still rang. She blinked the tears from her lashes.

“Do you, Nathaniel Ward,” the preacher scowled, “take Amelia Taylor to be your lawfully wedded wife?”

Amelia’s father cocked his rifle and aimed it at the reluctant groom.

“I do,” Nathaniel said, his voice firm and unwavering. Despite her father’s threats, Nathaniel’s very presence exuded power, his raised chin, broad shoulders and wide chest unflinching against the barrel of the rifle.

Amelia didn’t dare look up at him. What must he be thinking? How many women had hoped to get him this far, and now, here she stood where most women dreamed of standing—shotgun wedding, or not. If only she could melt into the parlor’s wooden floor like the candle burning in the nearby lamp. Or disappear like the smoke. Disappear into nothingness, with no remnant left of her existence.

“Do you, Amelia Taylor, take Nathaniel Ward to be your lawfully wedded husband?” The preacher’s words rushed over Amelia like a gush of foul air.

She stood paralyzed, unable to speak. She’d vowed never to marry. How would she bear this cross? She’d seen enough loveless marriages in her life to know it wasn’t worth the heartache, despite the shame of spinsterhood. And now, to be forced on a man? What miseries awaited her? Abuse? Neglect? Slavery? Any man in his right mind would despise her for the rest of his days. It would be impossible—unthinkable—to procure his affection … his love.

The minister, still in his nightclothes, cleared his throat. His wife, holding up the lantern, glowered from behind him.

Amelia swallowed, darting a glance at her terrifying father. With a snarl, he narrowed his eyes at Nathaniel and pressed closer with his rifle. Would he put another hole in the preacher’s wall? Or Nathaniel’s chest?

“Amelia, girl.” Her father’s voice sent a shudder down her spine as it echoed through the quiet house. “You know, I always keep my word.” He’d threatened to kill Nathaniel if she refused to be his wife.

“I do,” she said, her voice small and trembling, quite the opposite of the man next to her. The horror, the shame. How did her life come to this?

“I now pronounce you man and wife.” The minister slammed his Bible shut and pointed it at her father. “Now get out!”

Shadows clouded Amelia’s vision, and her legs wobbled like those of a newborn calf. Her knees buckled, but rather than landing on the hard floor, she found herself caught in Nathaniel’s strong arms.

You can find Out of the Ashes on Amazon and Sandi’s other works here.