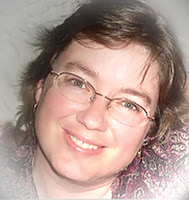 So, you’ve published a book and are looking for ways to promote it. My absolute favorite marketing tool is to host a Facebook launch party. After Broken Umbrellas released, I scoured the Internet and read blog posts and tip sheets on hosting a successful launch party. Then I decided to ignore just about everything and start from scratch! I made the party what I wanted the party to be. The most important thing I learned is that guests like party favors and they love to talk about themselves! My launch party consisted of an hourly question, giving guests an hour to respond, with a drawing—and cool giveaways!—at the end of every hour. If a guest commented, he or she was entered for that hour’s drawing. It was crazy busy for me, but so worth it. And I didn’t hesitate to follow the same format for The Windkeeper’s launch party.

1) Date and Time: Most launch party tips I read said to have the party for just a few hours. I have many friends scattered over several time zones and wanted to be inclusive, because the party was about them, not me. I put my guests first, above my own comfort. I adopted a “no guest left behind” policy. My party covered seventeen hours and seven countries were represented. Which is huge in my opinion!

So, to be a present and active hostess for seventeen hours, I had to plan child care and meals. I took everything off my agenda the day before, the day of, and the day after. And I planned everything beforehand, right down to writing out winner announcements so I only had to copy and paste and fill in the name of the winner.

2) Invite and Remind: I created the event one week prior to the launch. And I made sure to post something every day for that week to keep folks interested, to make them look forward to coming.

3) Launch Party Team: I emailed a few friends (who from experience have bubbly personalities) and asked them to be on my launch party team. I asked them to post if they saw others hesitating. I asked them to draw guests in and just “work the party” like it was a real party (filling drinks, engaging conversations, etc.). I made sure to ask friends from every time zone so the entire party was covered. I did not expect team members to stick it out to the bitter end, but they agreed to check the party as often as possible and post as often as possible.

I made bracelets for each team member and sent those out after the party. A thank you gift speaks volumes.

Ask someone on the team to be “tech support.” During the launch party for Broken Umbrellas, my tech support gal private messaged me several times with tech updates like how the party looked on a mobile. This person also checked Amazon rankings for the book. And I sent this person to find a guest who was having trouble understanding the party.

4) Plan Every Detail Ahead of Time: I created every post before the party so I only had to copy and paste into the party. That helped the party run smoothly and ensured I was never late for a “top of the hour” post. My posts were a mix of fun, ice breaker questions and lots that were relevant to the book. I asked people to share the middle names of their children, and this was my way of letting everyone know Emma Broch Stuart is my writing penname and also the middle names of my children. This post was the most commented on.

I also matched party favors with posts, like asking everyone what their favorite jelly belly flavor is. The winner, of course, won a bag of jelly bellies.

5) Don’t Forget the Publisher: One of my posts sent guests to go to the publisher’s website (I prepared the link in advance to copy and paste) and asked them to browse the titles and share which one appealed to them most. Awesome advertising for the publisher.

Spreadsheets come in super handy. I made a spreadsheet with each hour’s question listed, its corresponding party favor, and the winner with a column to check when they received their gift.

So, it sounds expensive to give away a party favor every hour (I also gave away 4 gift sets at the end of the party). It really wasn’t that expensive! The first thing I did was approach authors willing to donate copies of their books, and most of my volunteer authors offered signed copies. To give them due credit, I prepared my announcements ahead of time that included links to the book for other guests to see, as well as a link to that author’s bio. This gave them some publicity, and they even offered to mail directly to the winner, so I had no costs whatsoever.

After filling in those donated books on my party favor spreadsheet, I then started filling in holes. I matched party favors to the post title, like giving jelly bellies to the jelly belly post winner.

Every party favor was already decided and matched to the post before the party even started. I filled in holes even more with free copies of my books.

Find people who are willing to donate party favors in exchange for the publicity. Be sure to give them that publicity, offering links to their services for your guests to click on.

Start stocking up on sale items that would make great party favors.

7) Networking/Marketing: In addition to each post having a winner, I created four networking/marketing opportunities and made up gift sets to correspond with each for my final drawings. I tempted/reminded folks the week prior and also throughout the party, giving them sneak peeks and telling them how they could be entered for each drawing. I reserved the four gift sets for people who “liked” my author page; invited friends to my party; posted a link to Amazon on their Facebook wall; and follow me on Amazon. Other ideas would be to do a special gift set drawing for guests who post a picture of themselves holding your book or whoever participated the most during the party.

8) Think Ahead: Use one post as a question and answer, allowing guests to ask you questions. Save all questions and answers to use later for a blog tour.

9) Don’t Panic: If the guests take off with the party and leave you in the dust, just sit back and let them do their thing! Many people told me later that they made new Facebook friends because of my party. That is such a testimony to the power of community and fellowship!

10) Post-Party To-Dos: Allow yourself the day after the party for friending strangers who came to the party. Go back through the posts and comment on anything you missed during the party. Facebook keeps the party up for quite a while. Don’t be afraid to give yourself time to prepare the party favors so you can add extra touches like a thank you note/card, ribbon around a book, etc. before shipping them out.

11) It’s Your Party: Tailor your party so that it is comfortable for you. If all of this seems overwhelming, pull team members in to help with posts and drawings, or whatever, to free you up for what you feel like you can do. Definitely arrange child care as well as someone to do the meals so you can focus solely on the party and your guests, answering questions, giving them links to your book, and adopting a “no guest left behind” policy.

It really takes a village sometimes. Don’t be afraid to delegate.

A 17-hour party isn’t for everyone (I know, only me, eh?). I’ve read that peak times for Facebook activity are 10 a.m. and 9 p.m. Covering just one of those times would generate a lot more participation.

12) And my last piece of advice is to PRAY! Pray for everything, for the guests, for the lurkers, for God to match each winner to the prize He wants for them. And if you pray for that, then don’t cheat on the drawings! Even if it means one person wins multiple times.

I’ll be hosting several more launch parties in the future. To see one in action, “like” my author page and you’ll automatically get an invite.

Wendy Chorot writes under the penname Emma Broch Stuart, and she has hosted two launch parties—one for her non-fiction book Broken Umbrellas and her children’s book The Windkeeper.

If you would like to be entered to win a copy of her latest book, The Windkeeper, comment here and tell us which launch party tip you liked best.