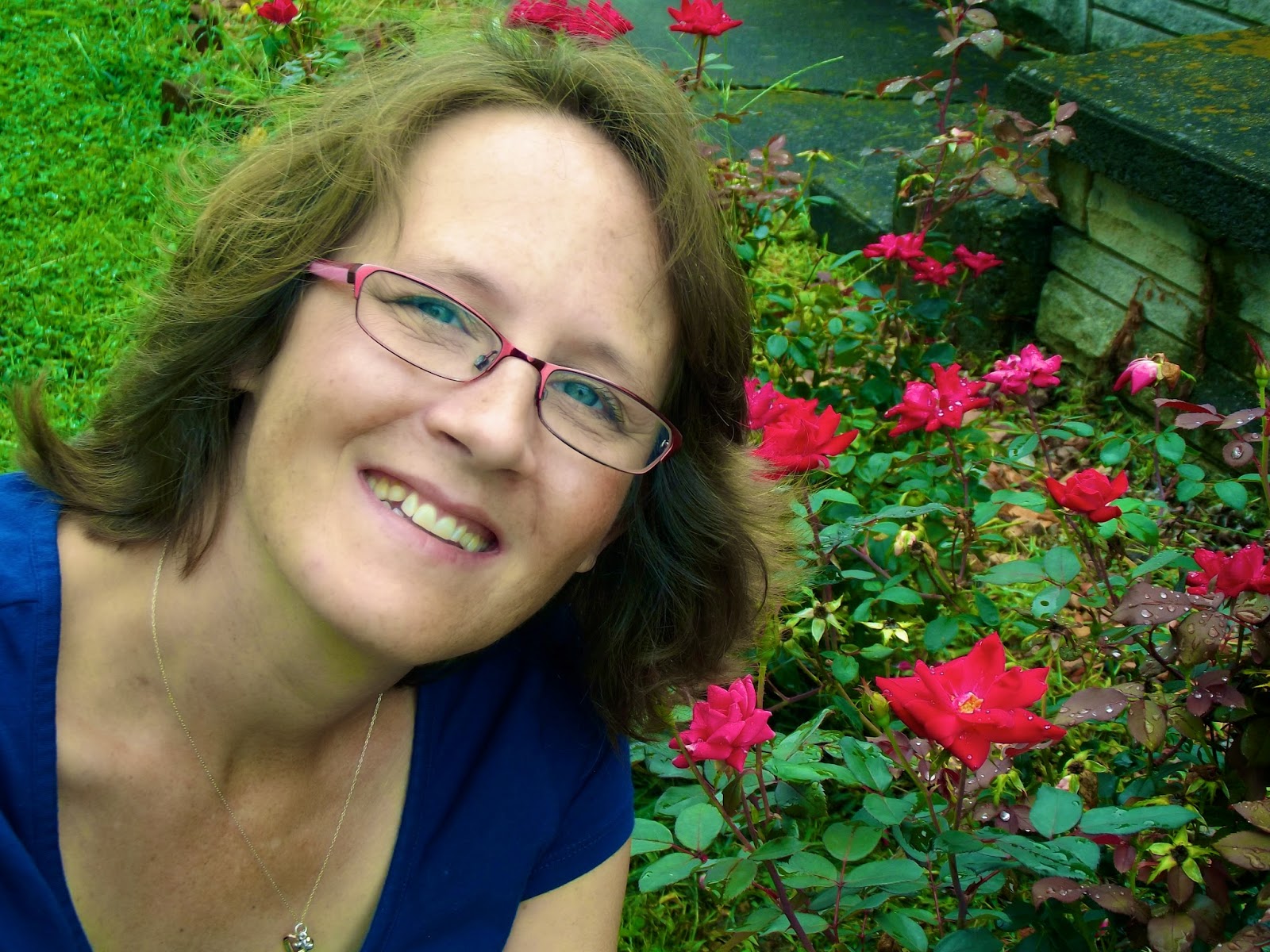 by
Sandi Rog and Chip MacGregor﻿

When Chip was in first grade, he hurried home one day and announced to his mother, “When I grow up, I’m going to be a book guy!” He clearly could see the future—from high school literary magazine editor to writing bestselling books, from speaking at writing and publishing conferences to representing renowned writers, Chip MacGregor is a book guy. Creating MacGregor Literary was part of a natural progression.

Chip has a comprehensive knowledge of the industry—from book development to writing, acquisition to production, marketing to sales. A former Associate Publisher with the Time-Warner Book Group, he has secured nearly 1,000 book deals for authors with all of the major publishers, including numerous imprints at Penguin Random House, Simon & Schuster, Hachette, HarperCollins, Thomas & Mercer, Jossey-Bass, Llewellyn, Zondervan, Thomas Nelson, Baker, Tyndale, Waterbrook, Howard, B&H, Worthy, Revell, Harvest House, and dozens of others. As an editor, he discovered Phillip Gulley, worked with bestselling authors such as Andy Andrews and Karen Kingsbury, and helped craft books for some of the best names in publishing, including Vince Zandri, Chuck Swindoll, Mindy Clark, and David Jeremiah. He has also written more than two-dozen titles, including two books that hit #1 on the bestseller lists in their category, and he has been the collaborative writer on nearly three-dozen other titles. During his tenure as a publisher at Time Warner, he helped start Center Street, the “heartland publishing” initiative at what is now Hachette, and did books with the likes of Mike Huckabee and John Ashcroft.

A popular writer’s conference speaker, Chip has presented workshops at more than 200 publishing conferences, spoken at colleges and universities, and is frequently invited to speak to writers groups around the country on the topics of writing and publishing. He earned his BS with High Honors at Portland State University, earned an MA with Honors from Biola University, and did his doctoral work at the University of Oregon in Policy and Management, focusing on organizational development. He later did a post-doctoral semester at Oxford University. Chip has been featured in numerous writing and publishing related magazines and newsletters, is frequently asked for his opinions on trends in the publishing industry, and his blog is regularly on the list of Writers Digest’s “101 Best Websites for Writers.”

Chip’s greatest desire is to help authors create great books that make a difference in the world. That’s what every book guy wants most.

Chip, we are honored to have you join us. Thank you for taking time out of your busy schedule to open up and share your knowledge.

So to begin, how do you define your job as agent?

My job, at its most basic, is to help authors succeed. Sometimes people think there is “one way” to agent. That’s just not true – some agents are very involved in the editing process, others tend to be contract managers, still others may be life coaches. There’s no one right away to agent, and there is certainly no one right author/agent relationship. So my job (and my relationship) can change depending on the needs of the client. One author may need a lot of encouragement, so sometimes my role can be that of encourager or listener. Another may really be shy and need me to step in and handle much of the communications with the editor and publishing house. One author may want to use me to bounce book ideas off of, while another may not care one whit about my responses to her book ideas, and is much more interested in my negotiation abilities. But again, at its core, my job is to help the authors I represent succeed in the publishing marketplace.

How do you spend your day?

On emails or on the phone much of the day. This is a job that requires a lot of reading and a lot of talking. Shadowing me around would not be much fun – I’m standing in front of my computer, or pacing around on my cell phone much of the time.

How do you find new clients?

While that’s a fair question, most people won’t be very satisfied with my answer. The fact is, I’ve done this a long time now (I first started agenting 17 years ago, and I’d been advising writers for several years before that). So most new clients are introduced to me by current clients. Occasionally, I’ll meet a promising new writer at a conference, but that’s not common any more – and the idea of sending me a proposal cold and getting my attention is fairly rare. I bet I don’t represent more than a couple of people who just sent in a proposal hoping to catch my eye.

What do you like to see in a cover letter?

A strong sales hook. A non-technical explanation of the book or the story. Some writing that intrigues me. An explanation why you are writing the book (if it’s nonfiction) or what writing you’ve done (if it’s fiction). Um… a bag of Starbucks taped to the letter doesn’t hurt, I guess.

What turns you off in cover letters? Any pet peeves?

Sure. Spelling errors. Not telling me the genre. Having it addressed “dear agent.” Over-spiritualizing everything. Making it apparent you have no idea who I am or what I represent. Telling me that God told you to write this. Hype (you wouldn’t believe the sort of hype I see in some letters – one guy told me the only writers who were close to his level of quality were CS Lewis and JRR Tolkein, but he admitted neither of them were quite as good as he is). Lots of pet peeves.

Describe to us what your worst client was like.

A good writer. Works hard. Meets his or her deadlines. Is friendly. Sells a lot of books. Thinks creatively. Is honest with me. Keeps me informed when something happens I need to know about, but I’m not there to know about it. Asks questions. Understands that I have other clients.

How savvy do you expect authors to be about publishing?

I don’t think I’ve ever been asked that question, and it’s interesting. You know, the mode number of manuscripts a novelist has created before he or she is published? Six. That is, most published fiction writers have completed six books before they get published. (Some make it on their first try. Others need to write ten books before they get there.) My point is that time in the business makes for a more savvy author. So I suppose I represent a number of very smart, savvy writers, because so many of them have been at this a while. They’ve hung out with other writers, learned from people at workshops, met editors at conferences, maybe have surrounded themselves (either in person or online) with people in the industry. All of that helps. Scottish people have a saying: Time spent sharpening the tool is never wasted.

How flawless does a manuscript have to be before you will try to place it?

While the previous question was interesting, this question is not. I’m not trying to be rude in saying that, it’s just that… if you’re doing ANYTHING where you’re going to try and sell it to the public, you are going to have to make it as perfect as possible. Because people aren’t stupid (regardless of the fact that they continue watching Dukes of Hazard reruns and voting for another member of the Bush family). They won’t buy crap. So an author needs to make his or her manuscript as good as they can. I won’t send something that’s half-baked. And it’s funny, because you know why most projects sent to us are rejected? Because they aren’t really done. The author may THINK it’s done, but it’s maybe 40% done. It needs more editing. It needs more voice. It needs more clarity – and sending me something that feels half-baked is a sure way to get rejected.

An example in another area: Years ago, I taught swing dance. I was pretty good. If we went to a publisher’s ball together now, you’d see me dance and think, “Hey – he’s great!” I can make you look okay on the dance floor. But the fact is, I’m older and rusty and can’t do most of the moves any more. And I was always pretty good, but never great. So while I’m fine for the occasional wedding celebration or community dance, expecting me to go to Broadway and get cast in a show is foolishness – “pretty good” doesn’t cut it when people are paying money for entertainment.

What impresses you most about a piece of writing?

Great voice. That is, picking up your writing and seeing a strong, unique personality coming out on the page. It’s rare – most authors tend to sound the same, particularly those who have been through a writing program where they’ve been taught the “correct” way to write. It’s not bad; it’s just flat. Great voice is rare. I’m not sure it can be taught. But I love it when I find it.

Are first novels a hard sell?

Sure. Any first book is a hard sell, unless the author has a hit TV show. And if you’re writing for CBA, it’s especially hard right now, since so many of the Christian publishers have shrunk their fiction lists or gotten out of fiction entirely.

Are second novels a hard sell?

I’m not sure there is such a thing as an “easy” sell, but a second novel is easier than a first, particularly if the first book did well.

What do you enjoy most about being an agent?

The best part of the job is finding a great new talent and bringing them to market. That’s so fulfilling, to see this writer you discovered and helped nurture, to find success. But the fact is, I like most everything about this job. I love books and words. I love reading. I love discovering great stories. I love other people who work in this business because they also love books and words. I love talking about the industry to authors who are friends, or going to conferences and seeing a bunch of people who also love great stories and want to talk about them. I love helping someone get their story right, or helping an author map out a plan for their book or their career. I enjoy the job very much. Always have.

Again, thank you, Chip! We appreciate your honesty and openess to the realities of being an agent.

2 thoughts on “An Interview with Literary Agent Chip MacGregor”